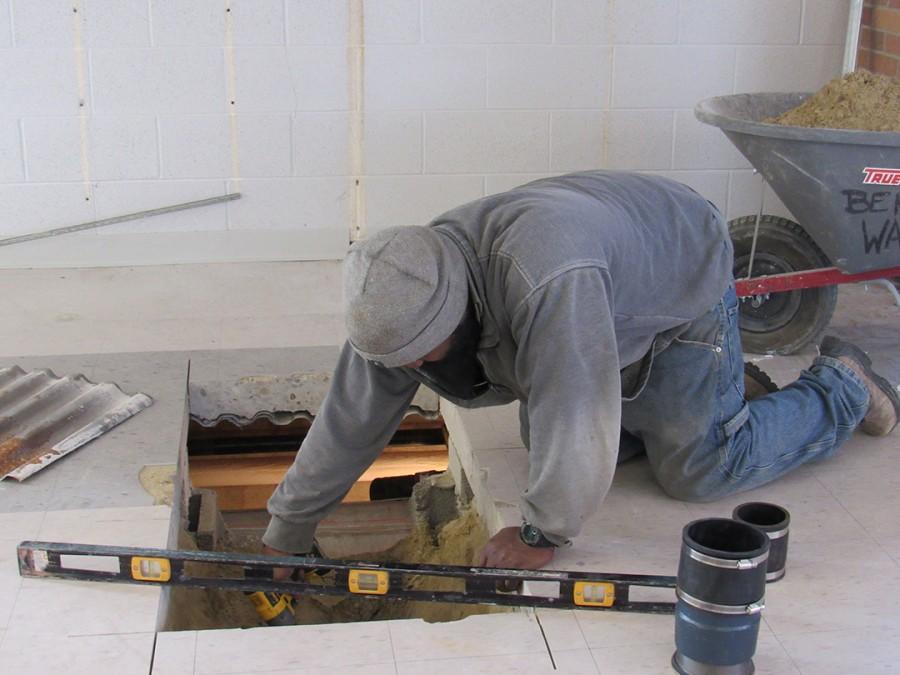 Work Zone: Construction workers break through the floor of room B-115. The former Spanish classroom is converting into a laundry room for the merged schools.

Construction has begun in Southfield High to fit the merging students from Southfield Lathrup High School.
Spanish teacher Tim Conley’s former classroom is being transformed into a laundry depot for a student-run laundry business next year, said Assistant Principal Vernon Burden.
Other future construction projects include building a dance studio and a television studio in existing areas of the school, Burden said.
The library offices will become smaller, said librarian Kathryn Walker, to make way for the TV studio. The TV studio will be close to the existing radio station, creating a communications wing in the school.
Plans also include building a piano lab and music practice rooms in O House.
The new Warrior logo and school colors will likely be phased in over time on sports equipment such as wrestling mats and uniforms, Burden said.