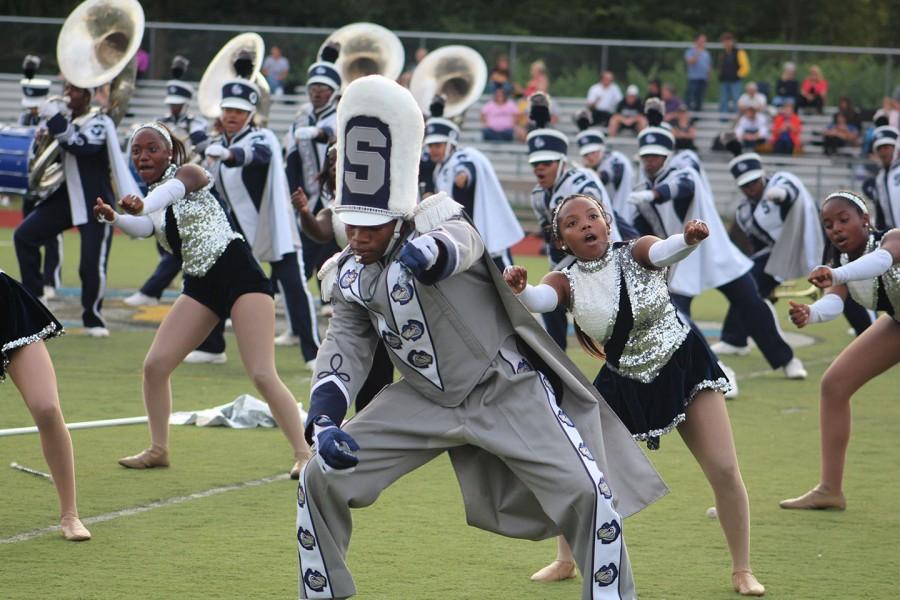 Marlon Carter (center) is one of several seniors who received a band scholarship for college. Carter is a drum major for the band. 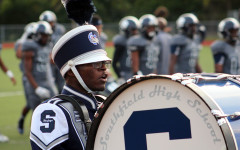