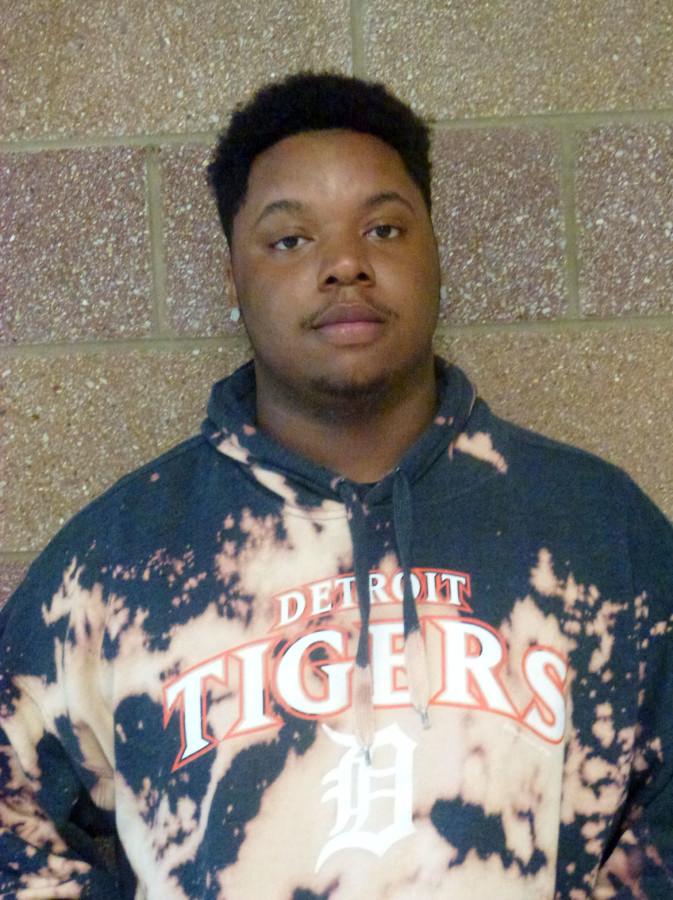 Seniors Calvin Graves and Javon Gaddy have been friends since the sixth grade. But when they enter the track field, they are competitors. They compete to see who is the better shot put thrower.
They both throw shot put for the Blue Jays, but each hopes to earn the better score.
Their friendly rivalry goes back before high school. The spark started in the sixth grade when they were both players in the AAU (Amature Athletic Union) basketball league called “G’Boyzs.”
That was just the start of a long time having to get to know each other quite well, playing on not only basketball teams together, but also the high school football team for two years, both on the offensive line, and the track team.
All of their shared athletic experiences added to the back-and-forth competition between the two.
Now it is track season of their senior year, and it is their last sport together. So the competition is at an all-time high.
Graves says, ”Besides the friendly dollar bets on track meet day of who will throw the farthest, it is also the daily practices, making sure neither one of us could get a big enough edge over the other.”
Gaddy referred to Graves as his “day one man,” never letting the competition between them become more than just two friends having fun. “It built a better athlete out of me and him with all the years of competing against each other,” Gaddy said.
Gaddy made it to regionals with the track team, finishing eighth overall with his pal Graves watching him, falling just short of qualifying.
But Graves bested Gaddy in football because Graves has a football scholarship next fall with Grand Valley State, while Gaddy is focusing on school. Neither Graves nor Gaddy wound up playing on their high school basketball team.
The six years of competing with each other across multiple sports of basketball, football and track built a great friendship, according to both of the athletes. “We will have that strong bond inside us, even after high school,” Graves said.
Tim Conley, who is the head coach of both track and football, said he likes having two competitive spirts who can still maintain their friendship.
Conley said, “It’s funny because Graves is pretty gregarious and Gaddy is quiet, but whenever Graves beats Gaddy, he gets him fired up with the smack talk, and when Gaddy wins, Graves is finally quiet.”