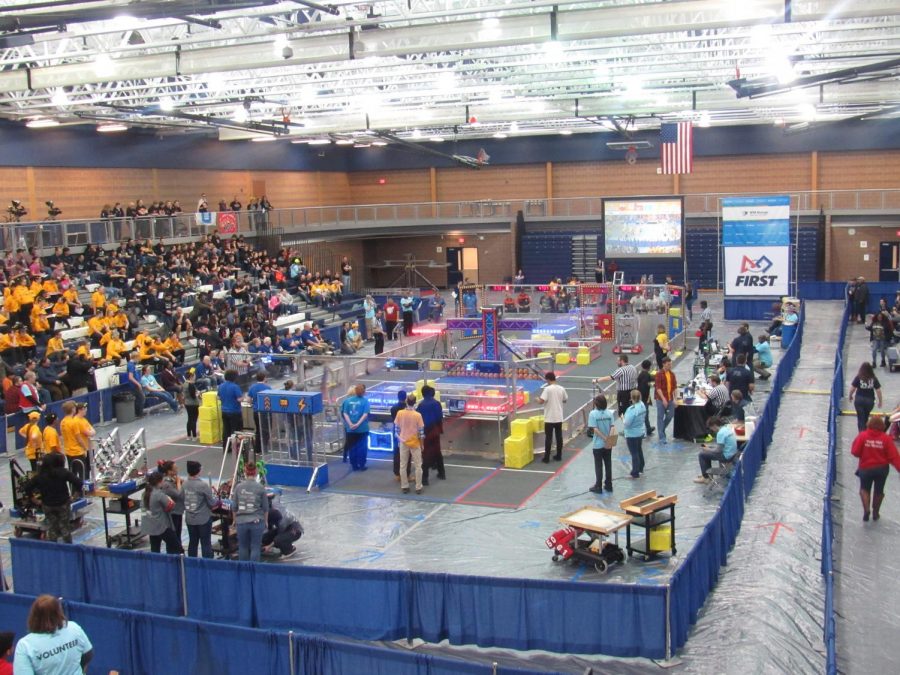 This year’s Robotics Competition was retro themed.  The name of the game was “First Power-Up”. The acronym represents For Inspiration and Recognition of Science and Technology.   During the competition, teams were trapped in a video game and the only way to get out was to destroy the “Big Boss” To destroy him,  teams and their allies had to place power cubes onto high and low switches which resembled a see-saw. For each second that the switch was tilted on the team’s color, they gained one point.   Another way to earn points was to have a robot deliver power cubes into the vault (they were used for points and towards power-ups.)

There were three power-ups for this game which include:

At the end of the game, robots with the ability to hang tried to climb the “Boss’s Ladder”.  Overalloints were tallied, then the team with the most points defeated the “Big Boss” and won the match.