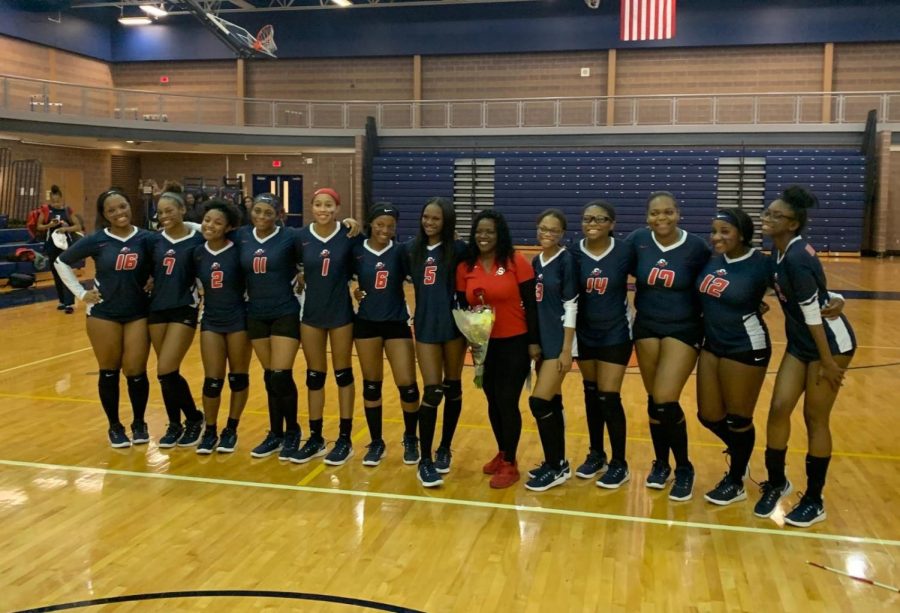 The Southfield A&T Varsity Volleyball Team’s Senior Night was this October 17th. The  girls went up against Oak Park in our home Southfield A&T fieldhouse! Following the game, a recognition ceremony was held for senior players on the team. As their last regular season home game, Southfield A&T hosted this senior night to show appreciation and say farewells to those senior girls who have showed a commitment to the varsity volleyball team. As the seniors transition to the next level, their dedication and hard work was recognized.

Our girls varsity volleyball team has had a rockin’ season. The team has managed to dominate every competitor that stood in their way.  Multiple girls attended summer conditioning and off-season skill training which definitely contributed to the talent of the team. The girls remained undefeated with a record of 5-0. Captain Danielle Burns says,  “Playing as one and staying consistent is what helped us maintain and achieve a successful season.”

Southfield A&T’s game against Oak Park was pretty intensive.  After winning one match and losing the other, they successfully won the tiebreaker after the score read 23-13 in the third match.  After the game, the girls received a lot of love… from speeches and posters, to little gifts from family and friends. Four year Southfield A&T player Sahsha Moore commented, “It was a very emotional, but happy night and I enjoyed all the love I received.”