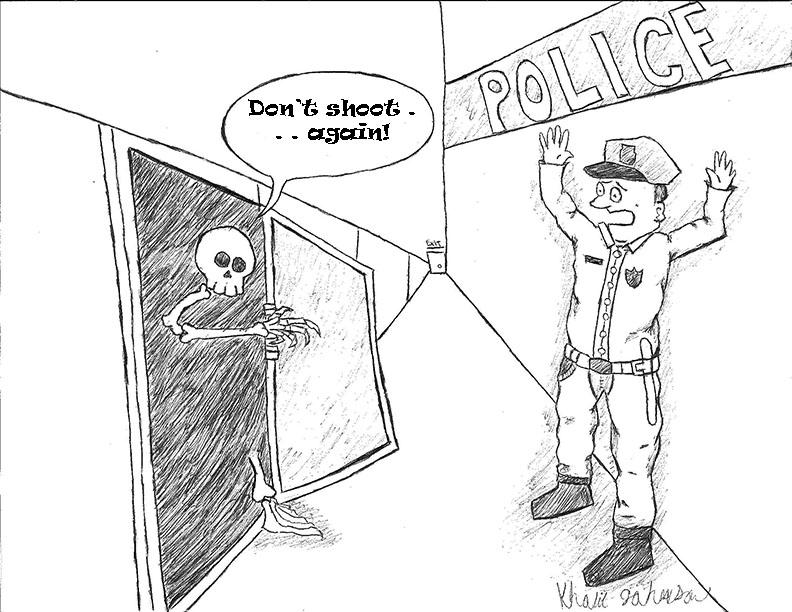 Death, drugs and weapons are all common in the black community. Unfortunately, some deaths have been caused by police officers, which has outraged the black community. To stop this trend, the black community has rallied together to draw attention to the problem, using the slogan “Black Lives Matter.”
Although this is a large movement, we haven’t seen much improvement. Recently, there have been several lethal incidents involving law enforcement and African American men. One of the most recent is the death of Michael Brown.

My dream is for law enforcement and the black community to come together in peace, in the spirit of Dr. Martin Luther King, Jr. If I could help unite the two groups, I would hold community meetings. The meetings would discuss the problems in the community and how we could resolve them. I would uplift the community by starting a mentoring program between police officers and the youth of the community.
Instead of dodging the serious problem of law enforcement shooting unarmed people, I would also recommend that the police hold press conferences explaining why these incidents happen. Admitting that there is a problem is the first step on a road to recovery between police and the people of their community. When the community sees that not every police officer is corrupt, it will help citizens sleep better at night.